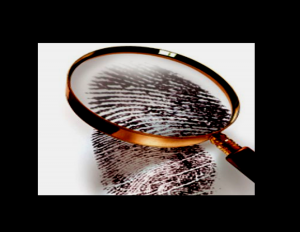 The Detective Bureau is staffed by two full-time Detectives who investigate crimes that have been reported to the Police Department that did not result in an immediate arrest. They follow up on all cases that are to be prosecuted and continue the investigation prior to presenting cases to the Worcester County District Attorney’s Office. Numerous offenders are arrested and prosecuted as a result of these investigations.

The Detectives operate in cooperation with other Local, State and Federal Law Enforcement Agencies, as well as the Worcester County District Attorney’s Office, Blackstone Valley Drug Task Force, and other local law enforcement agencies, to investigate a wide variety of criminal offenses along with locating wanted & missing persons. The Department’s affiliation with the drug task force enhances our local efforts in the area of drug investigations, as well as attacks through a regional level through interaction with other law enforcement agencies. Since its inception some ten years ago, the Blackstone Valley Drug Task Force has been awarded state grants in excess of $400,000 to combat the drug problem in our area. The drug task force makes about 100 drug arrests each year within the six town task force jurisdiction.

The Detectives also attend monthly detective meetings throughout the County to share in regional enforcement and intelligence information. Detectives appeared to give testimony in many cases presented to the Grand Jury, Superior Court of Massachusetts and Municipal Courts.

Full cooperation exists between the Detective Bureau and the Patrol Division, in conducting the necessary police functions and investigations for the Department. Detectives have made themselves available to individual citizens, organizations and schools to provide information and public awareness on law enforcement and public safety issues. When possible, resource referrals are made for services outside the law enforcement community that may be of assistance.

In order to sign a complaint charging any individual with a criminal offense you are requested to complete criminal application forms and return them to the Uxbridge District Court Clerk’s office during normal business hours, in person.

Upon review of these forms, the court will prepare a formal complaint for you to sign under oath. Complaints are only issued if the court determines that probable cause exists. In some cases you may have to appear before the Judge, in court, and give formal testimony to establish probable cause to the satisfaction of the Judge.

Filing a police report does not constitute a formal complaint with the court. In most cases a Police Officer may have to witness a particular offense in order to make an arrest. Should the officer not witness the offense, the person making the allegation must sign the complaint.

All defendants are considered innocent until proven guilty in a court of law. As the complainant, you must be prepared to prove your case in court.

It is recommended, but not required that you consult your attorney before signing any complaints.

UNDERAGE DRINKING AND THE LAW

The drinking age in the United States is 21. Under Massachusetts Law a person less than 21 years of age may not purchase, possess or consume alcoholic beverages. A person 18 to 21 who violates this law will be charged as an adult with a criminal disorderly persons offense. The fine for an adult violating this law is not less than $500.00. If the offense is committed in a motor vehicle a 6-month driver’s license suspension will also be imposed.
As a responsible citizen you should be aware of the laws which apply to adults who provide or serve alcohol to minors.

Massachusetts Statute C. 138 section 34 makes it a criminal disorderly persons offense to offer, serve or make alcohol available to minors. It is also a criminal offense to entice or encourage a minor to drink alcohol. The law states that a minor may only consume an alcoholic beverage in the presence of and with the permission of the child’s parent or legal guardian, or during a religious observance. The penalty for this is a fine up to $1000 and up to 180 days in jail.

Even though there is an exception for parents, you should be aware that serving or providing intoxicating substances to a minor may also be prosecuted under other criminal statutes, for example, child endangerment (such as cases where the underage drinker harms himself or another), which can result in a State prison sentence of up to 10 years and a fine up to $150,000.

It is a criminal disorderly persons offense for any person to make property (such as their house, apartment, business, motel room or any other place owned, leased or managed) available to, or in the care of, another person with the purpose that alcoholic beverages will be consumed there by minors. The penalty is a fine up to $1000 and up to 180 days in jail.

It is a criminal disorderly persons offense to sell an alcoholic beverage to a minor, or to purchase an alcoholic beverage for an underage person. The penalty is a fine up to $1000 and up to 180 days in jail.
Any person who serves alcohol resulting in intoxication is also civilly liable for injuries caused by the intoxicated person’s negligence.
Let’s all pledge ourselves to work together and help to curb underage drinking in our community.